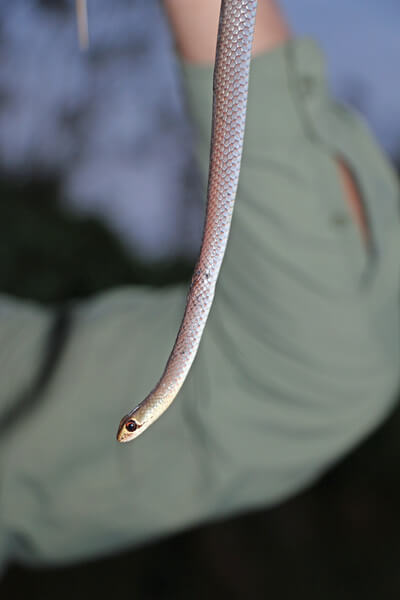 The Yellow-Faced Whip Snake, occasionally encountered by snake catchers on the Sunshine Coast. This species is considered potentially dangerously venomous! They grow to around 70cm long with specimens occasionally growing up to 1 meter long. They are active during the day and a very fast moving and alert snake. Yellow-Faced Whip Snakes have large prominent eyes with a long slender body and a long and thin whip like tail. Body colour is usually pale olive or greyish, often with a rusty/reddish colour on top of the front third of the body.

The Yellow-Faced Whip Snake has very distinctive face markings with a pale creamy/yellow rim around the eyes and a dark marking in the shape of a comma curving back below the eye. Bites from this species may cause localized pain and possibly severe symptoms, especially if the bite was to a young child. The Yellow-Faced Whip snake is a very swift moving snake that actively hunts during the day and occasionally on warmer nights. They are a very alert snake and are quick to retreat if they feel like they are in any danger. They feed on small lizards and lizard eggs and also small frogs, because of this diet they are often seen around the house and in suburban areas. 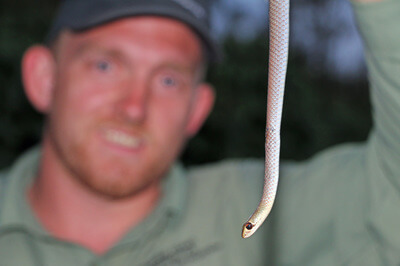