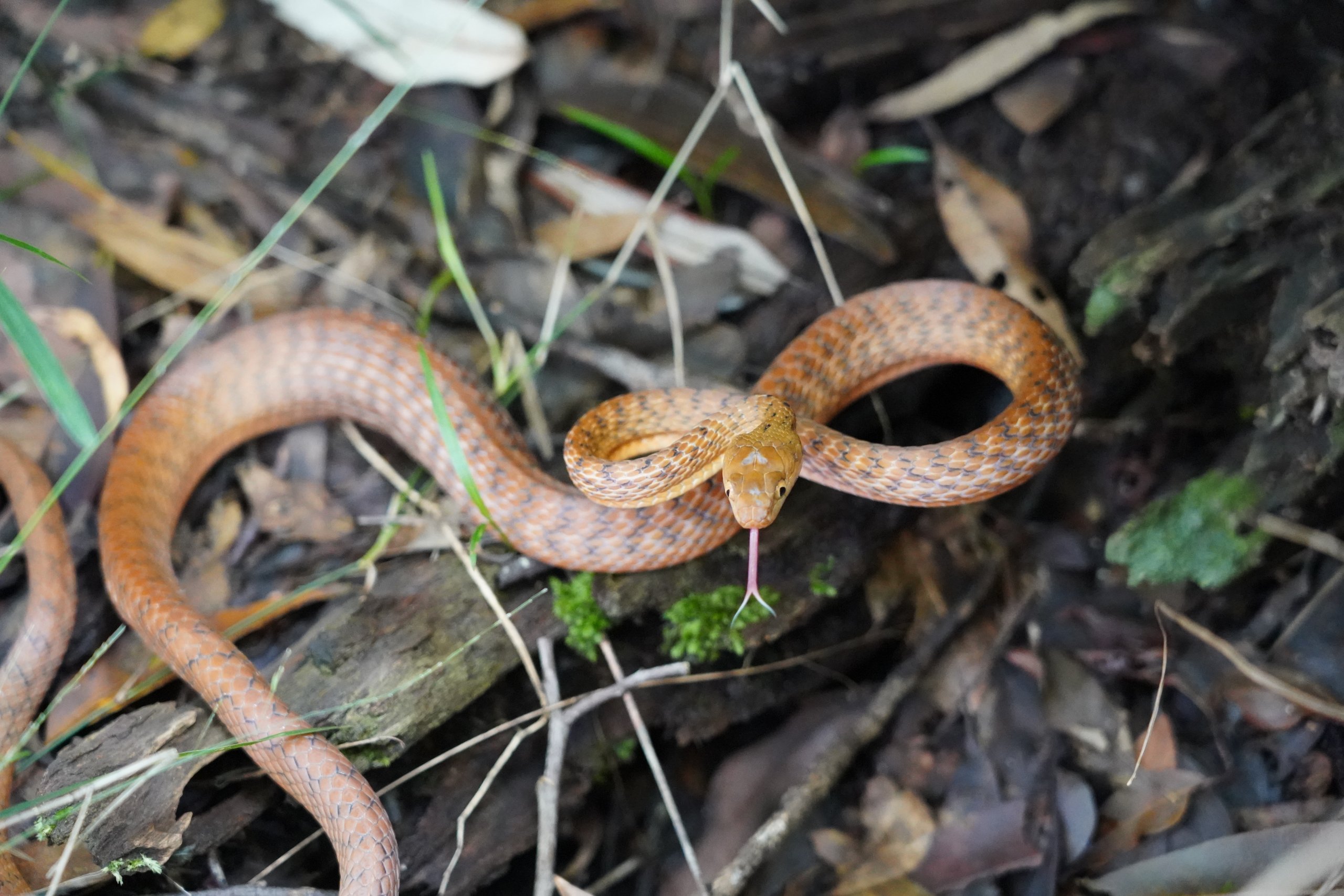 The Brown Tree Snake, commonly encountered by snake catchers on the Sunshine Coast. They are considered mildly venomous and are a rear-fanged species. This species is active during the night and are fantastic climbers. They can grow up to 2 meters in length! Brown Tree Snakes have a long slender body with a large head and large eyes with vertical pupils. The upper body surface is brown to orange in colour with darker irregular cross-bands along body. Belly usually creamy/orange in colour!

This species is commonly found in shrubs, trees, roofs, rafters, tree hollows and in bird cages seeking out an easy meal. A cool looking snake! The Brown Tree Snake uses both constriction and venom to help immobilize its prey. They feed on birds, bats, eggs and small mammals. Juveniles usually feed on small lizards. Even though the Brown Tree snake is venomous (rear-fanged), they are generally considered not dangerous to humans. Bites may cause localized swelling and headaches and bites to young children should be monitored very carefully.  If threatened the Brown Tree Snake will strike aggressively, also forming a series of s-shaped loops to try and deter the predator. Bites from large individuals should be monitored carefully especially if the bite is to a young child.

The Brown Tree Snake was accidentally introduced onto the Island of Guam back in the 1940’s/50’s where it has basically taken over the island significantly damaging the economy and natural ecology of Guam.

Just remember guys snakes should only be handled or relocated by people with the appropriate permit or license to do so!
For more information on Brown Tree Snakes click here – Queensland Museum: Brown Tree Snake. 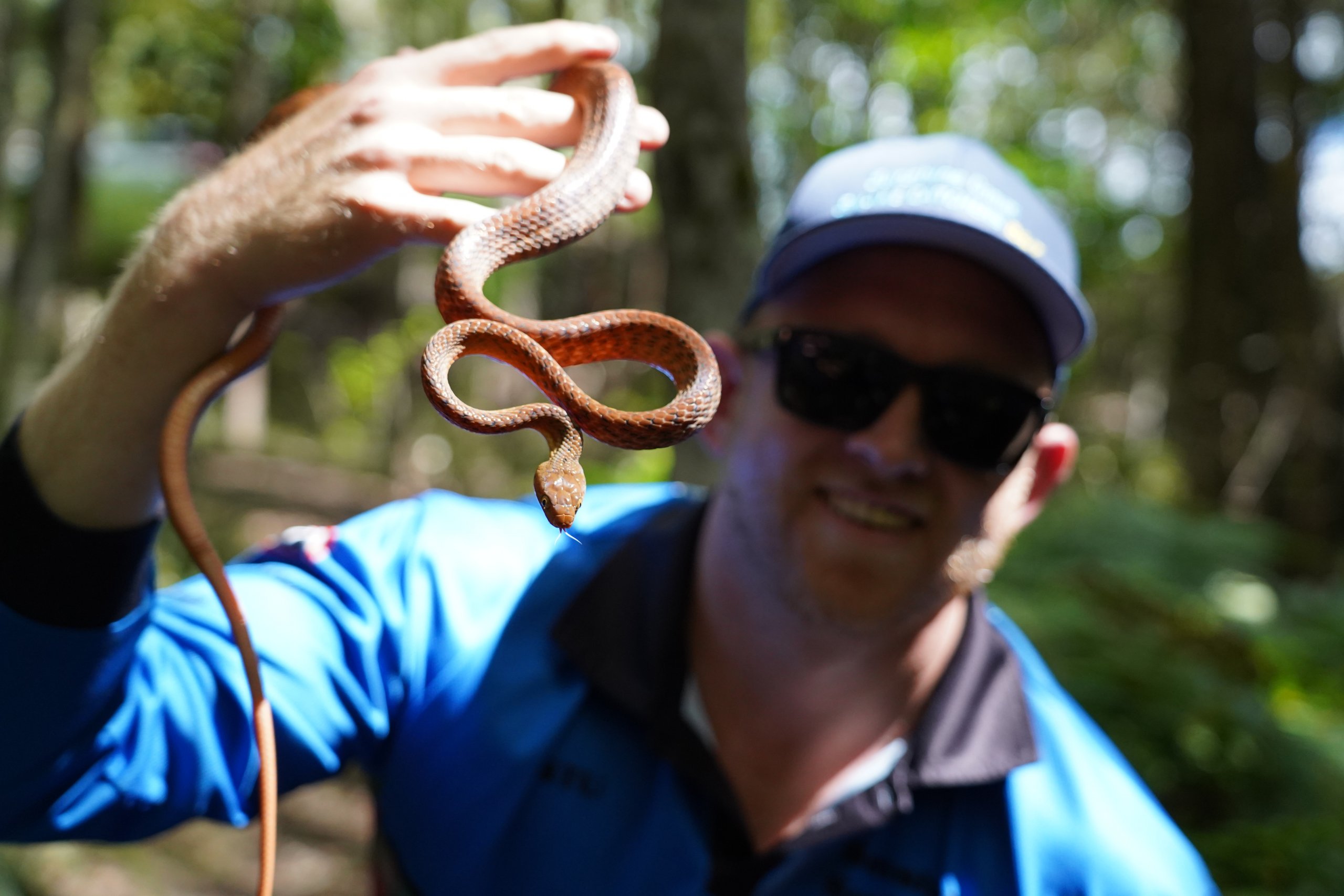 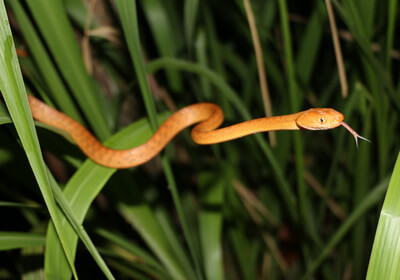 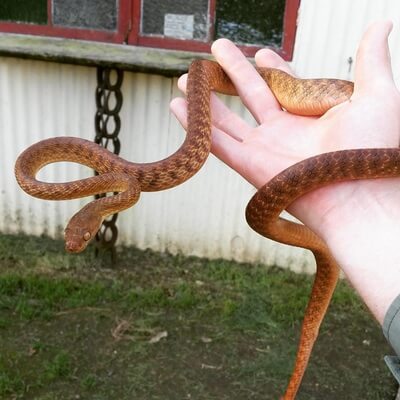