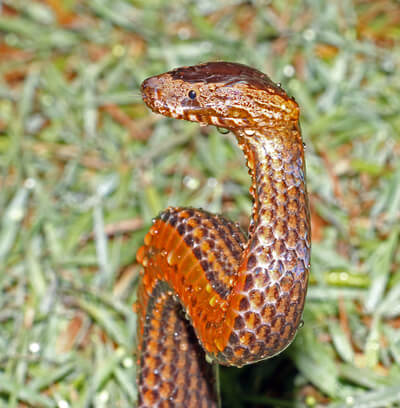 They are active during the night and usually found in moist areas associated with rainforest or rivers/stream, environments that have a good dense layer of ground cover present. Body colour is darkish brown on top with a pinkish/reddish belly. There is a line of black spots down the belly midline.

Creamy/yellowish stripe around the side of the head meeting at the snout. This strip resembles a ‘crown’ however the band does not extend across the nape of the neck.
Just remember guys snakes should only be handled or relocated by people with the appropriate permit or license to do so! 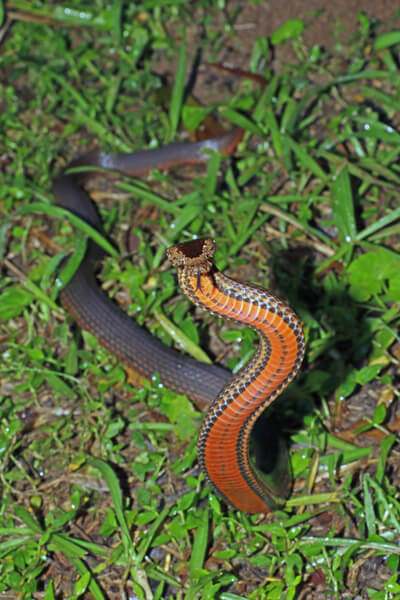 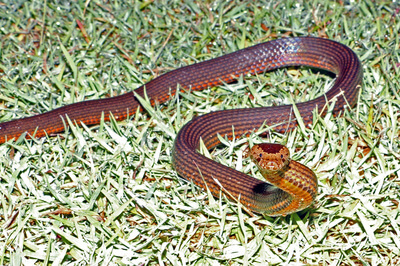 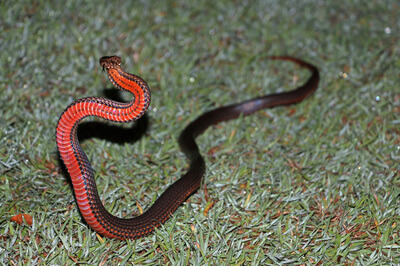