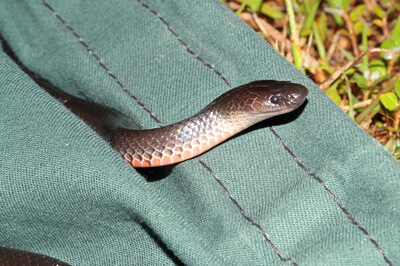 The Small-eyed Snake, commonly encountered by snake catchers on the Sunshine Coast. This species is considered dangerously venomous. They are a very secretive species and only active during the night, however if handled or threatened they will bite readily and thrash about in an attempt to escape. They grow to on average 50 cm however specimens can grow up to 1 meter in length. Their head is slightly flattened and is barely distinguishable from the rest of their body. They have small black eyes, glossy black top with a creamy pink belly.

The belly colours on the Small-Eyed Snake do not extend up the side of the snake (this species is often confused with the Red-Bellied Black Snake however the Red bellies belly colours do extend up the side of its body). Small-eyed Snakes are found in high moisture level habitats including rainforest and wet sclerophyll forest, woodlands areas, heaths and rock outcrops. During the day they will shelter beneath stones, loose bark, fallen timber and also within rock crevices.

Small-eyed Snakes eat a wide variety of prey including lizard eggs, legless lizards, skinks, blind snakes, small dragons and other small snakes (occasionally including their own species), however skinks are their main food source. They are an active hunter and forager during the night often seeking out sleeping skinks in their nocturnal sleeping areas. 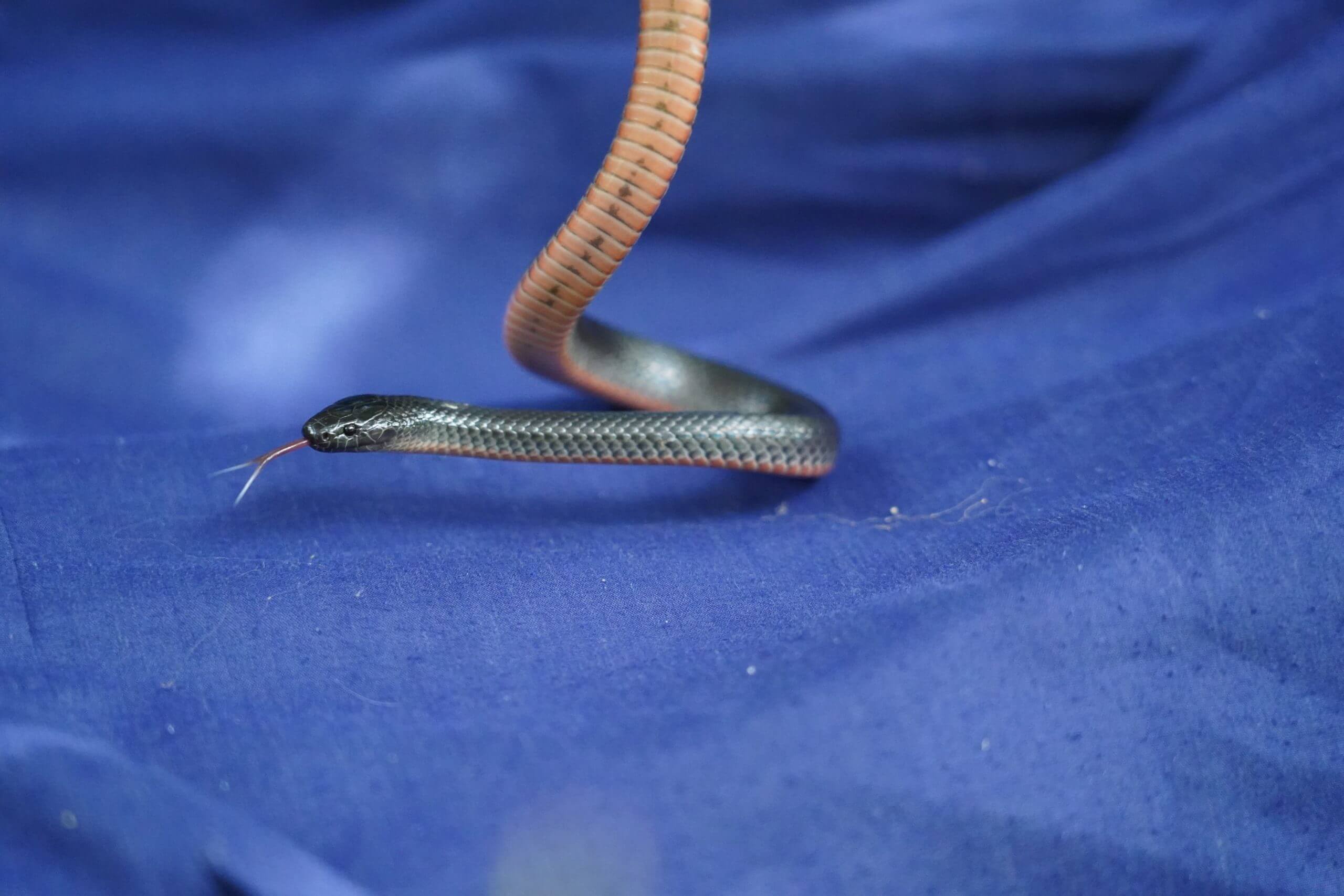 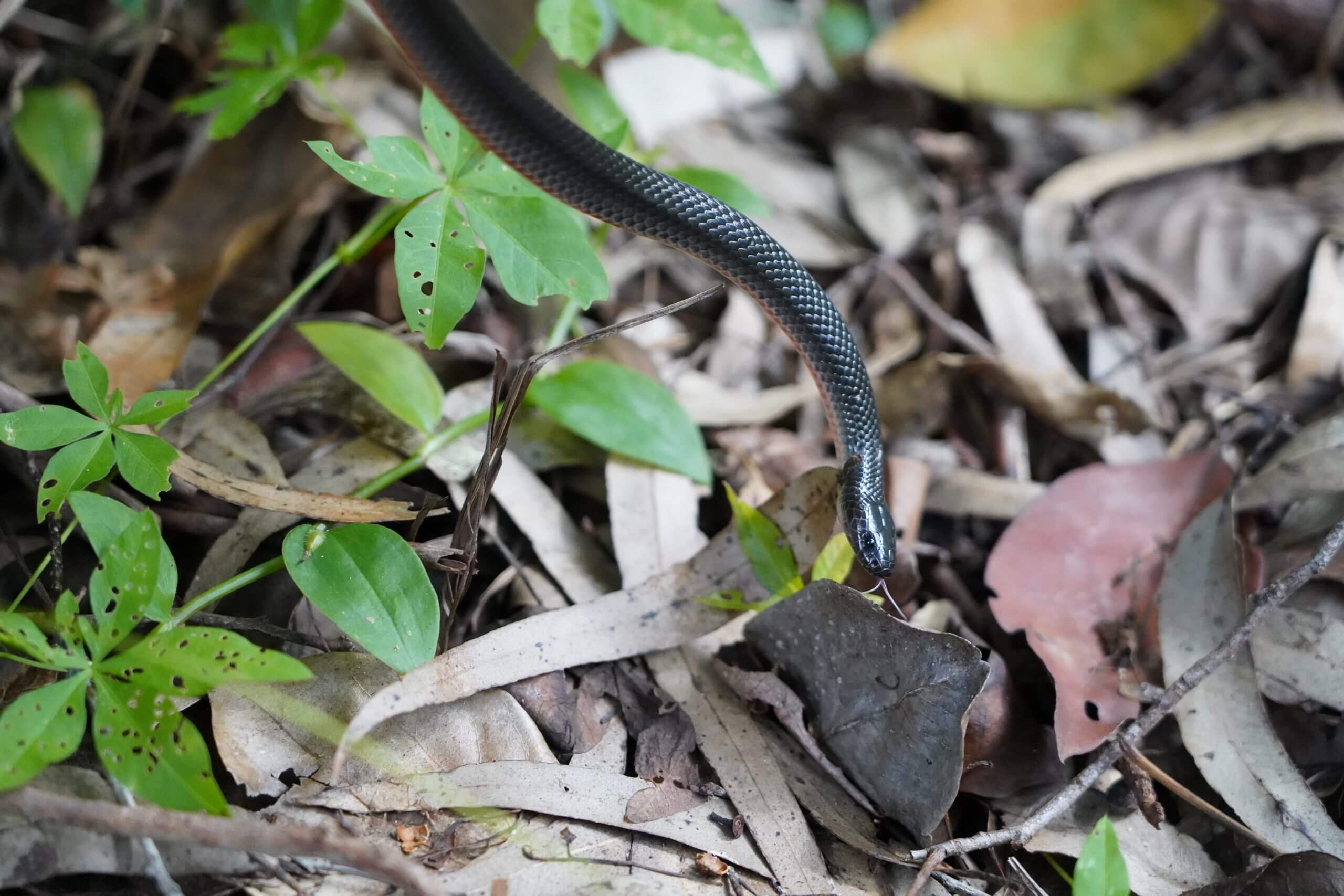 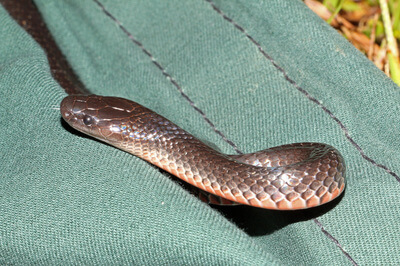