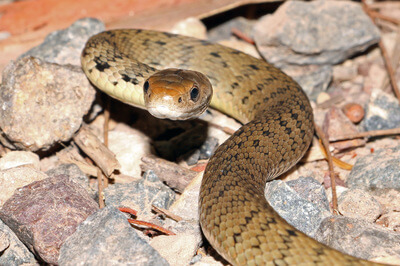 The Rough-Scaled Snake, occasionally encountered by snake catchers on the Sunshine Coast! These guys are dangerously venomous, they have relatively large fangs and have highly toxic venom! Rough-Scaled snakes grow to around 70 cm however specimens can get up to 1 meter long. This species is active during the day and night and are found in isolated pockets around South East Queensland. In warmer weather they tend to be more active during the night, especially on rainy nights during summer.

During cooler temperatures they tend to be more active during the day and occasionally seen basking in low vegetation. The Rough-scaled Snake is a very nervous and shy snake and if they become cornered or distressed they will defend them self with everything they have. They raise their fore-body off the ground into an S-shape and hisses aggressively. If you get to close they will strike readily and bite repeatedly but like all snake if left alone they will leave you alone. Habitats where Rough-Scaled snakes are found include rainforest areas, moist forest habitats, heathland, pastures and also regenerated forests. Upper surface colours include brown to olive with irregular narrow cross-bands or blotches of dark brown.

The mid body scales are keeled. This species is a terrestrial snake however they are capable of climbing through thick vegetation. The Rough-Scaled snake is often confused with the non venomous Keelback and also the dangerously venomous Tiger Snake. 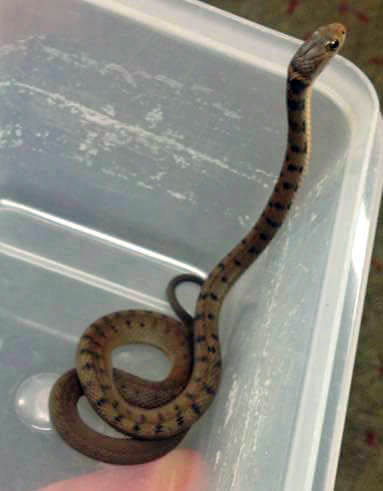 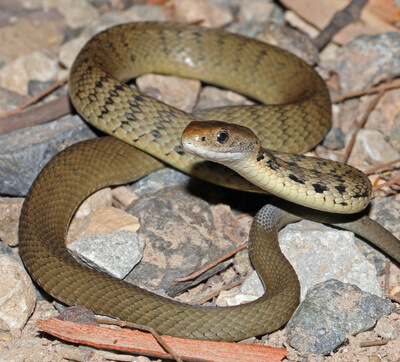