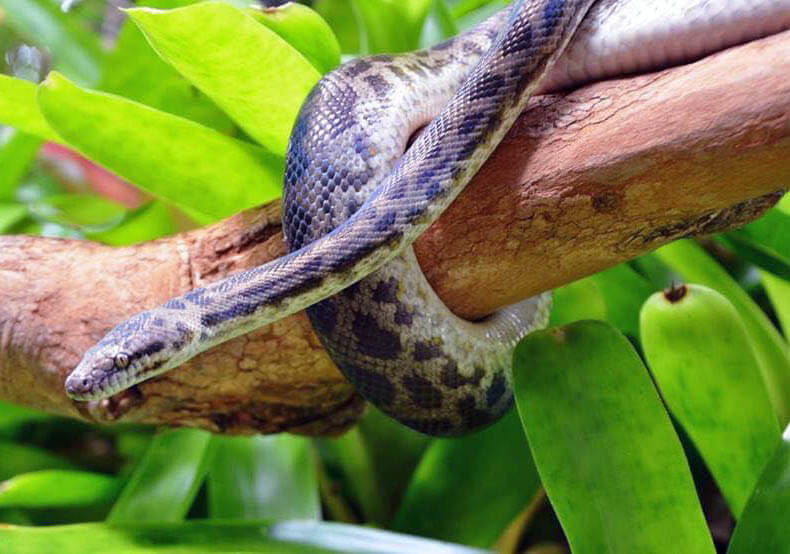 The Spotted Python, not commonly encountered by snake catchers on the Sunshine Coast! Spotted Pythons are one of the shorter python species only growing on average to around 70cm, some growing up to 1 meter in length. Spotted Pythons are active during the night. They are semi-arboreal meaning the habitat they reside in needs both height as well as floor space. They solidly built snake however not as large as the Coastal Carpet Python.

They are usually pale brown in colour with contrasting dark chocolate brown mottled and blotched pattern all over their body. Belly is usually a creamy colour. The Spotted Python is found in wet forest environments, also dry woodland areas, river banks, and areas with rocks like caves and rocky outcrops. They are mostly found in the hinterland areas around the Sunshine Coast. Spotted pythons feed on bats, birds, small mammals and small reptiles. 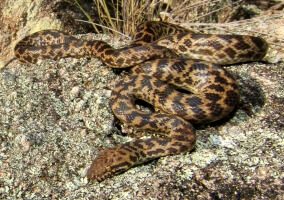