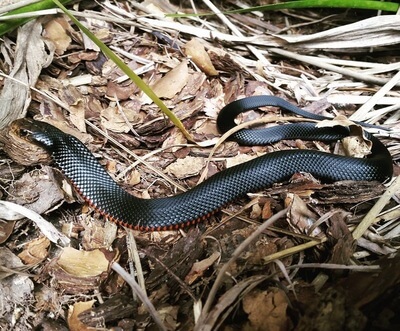 The Red-Bellied Black Snake, one of the most commonly encountered snake species by snake catchers on the Sunshine Coast! These are one of my favorite snake to catch! These guys are considered dangerously venomous! Red Bellies grow on average to around 1.5 meters however larger specimens can get up to 2.5 meters in length. These guys are active during the day. Red Bellies are usually (but not always) associated with fresh water whether that be a stream, river, dam or lake. Upper body is uniform glossy black with the belly light pink to brilliant red in colour. Red colour extends up the lower side of the body. Head barely distinguishable from the body with no obvious neck.

The Red-Bellied Black Snake is often confused with the Small-eyed snake however the red/pink on the belly of the Small-eyed snake is only visible if the snake is turned over. Such a cool snake! Red-Bellied Black snakes primarily feed on frogs, however they also prey upon small mammals, fish and other reptiles. They have even been known to eat other snake species and also smaller snakes of their own species. They are generally not an aggressive species and quite docile however if provoked they will put on a lengthy bluff display which involves flattening their neck and doing deep hisses rather than striking and biting. Their reproduction is a little different in the fact that they are born alive in a membranous sac and emerge from this sac soon after. During the Spring time when males are in search of a female they can often be seen in combat with other males. This involves the two males intertwined in each other with their heads raised trying to push and hold their opponent down. Pretty impressive sight to see! 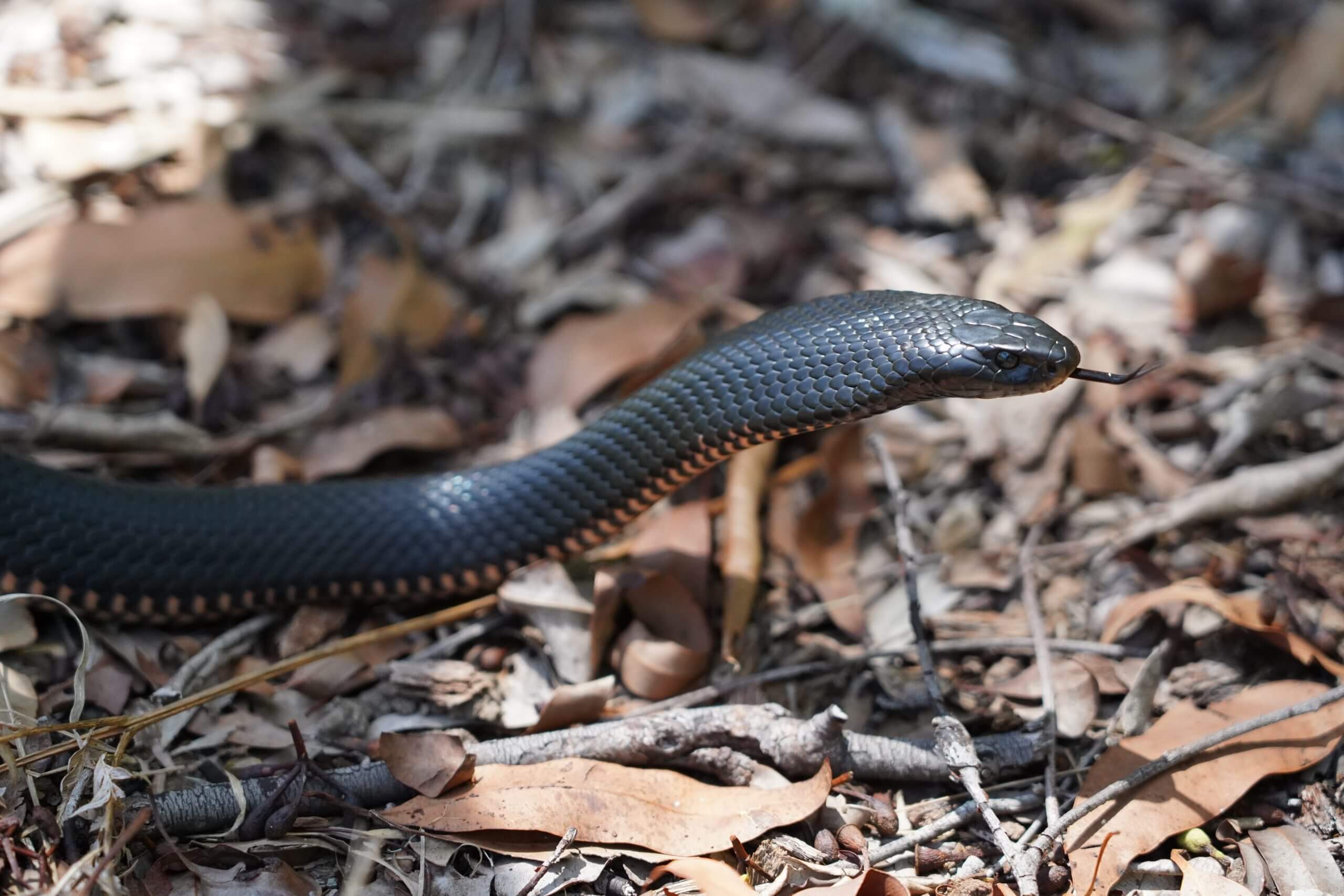 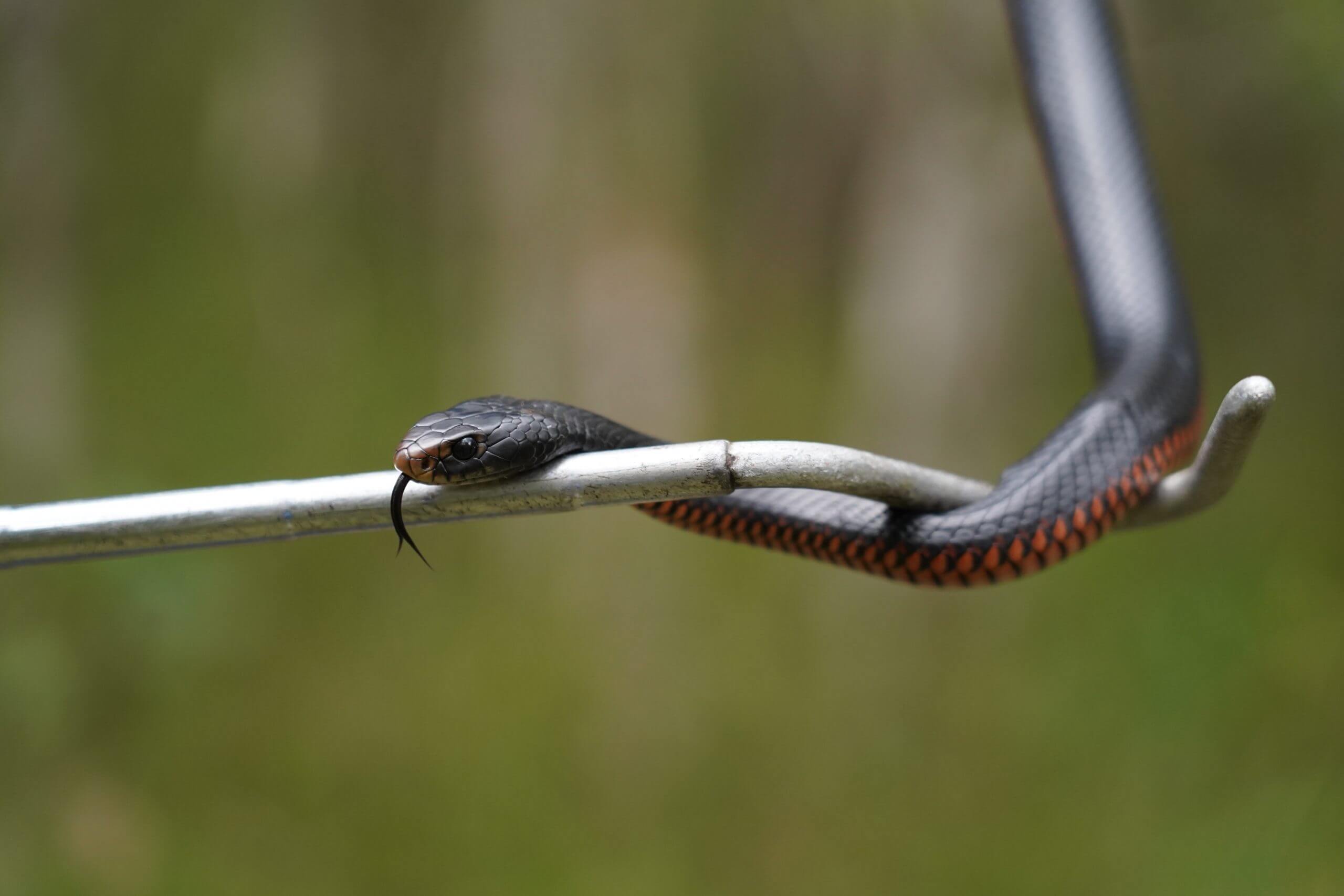 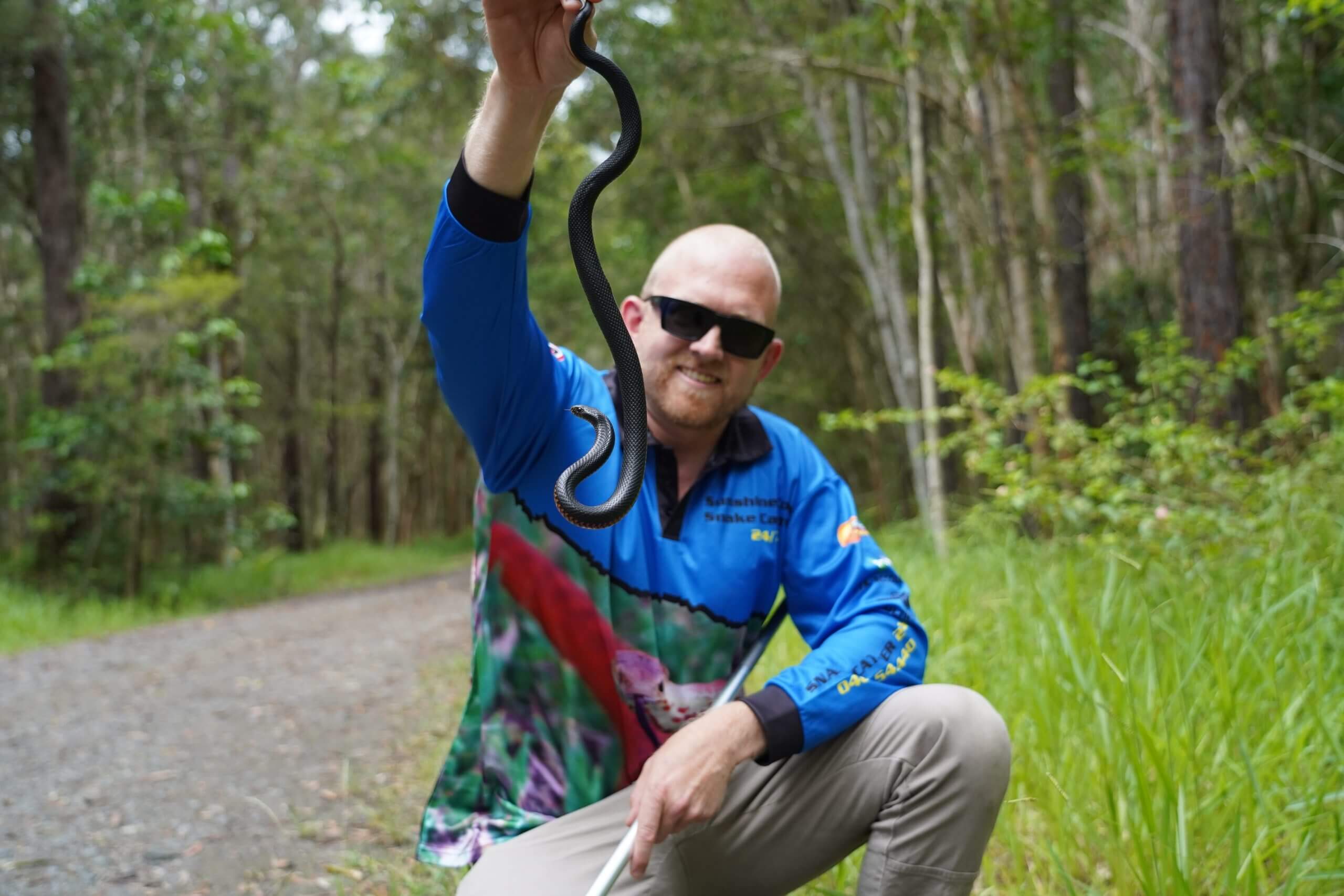 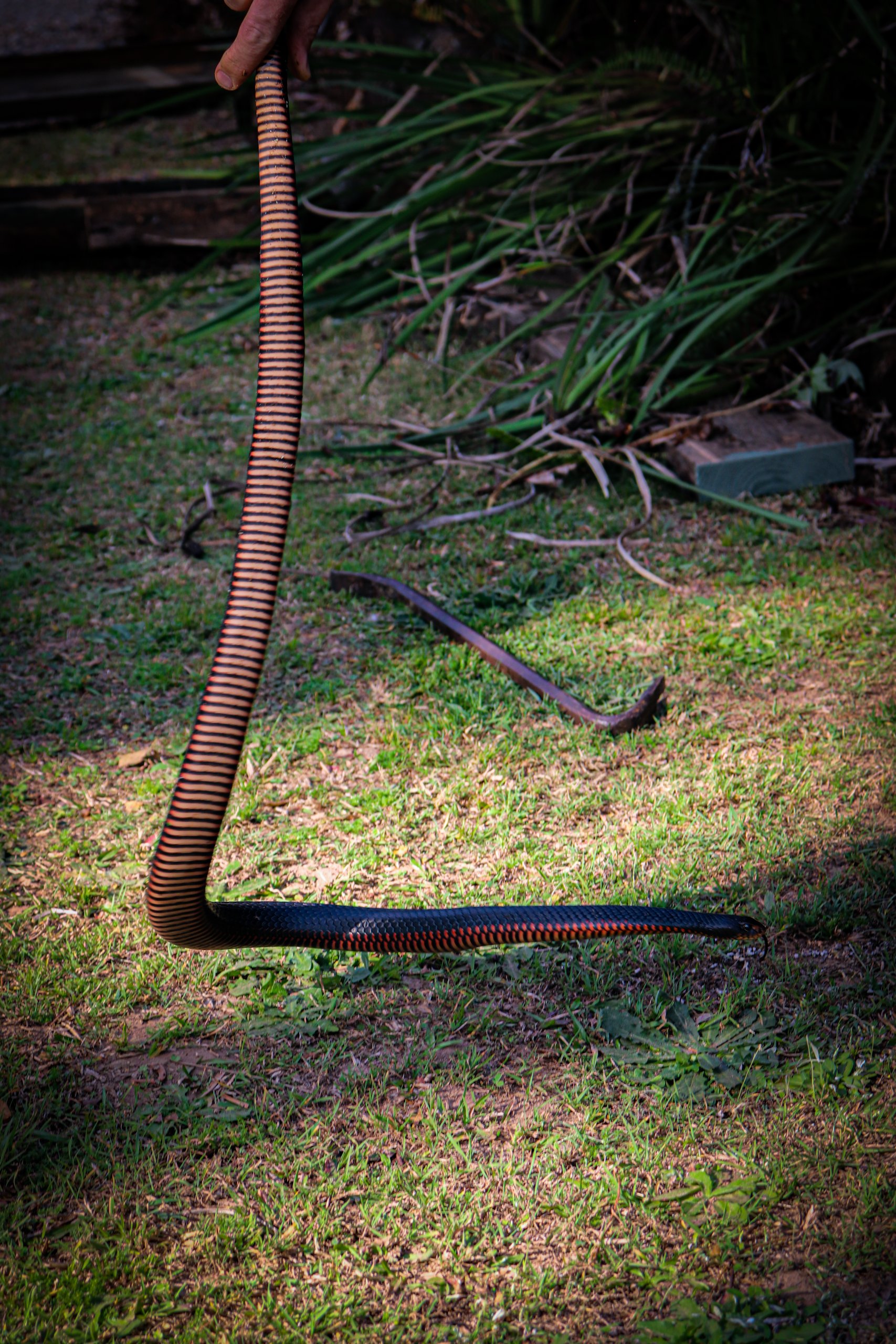