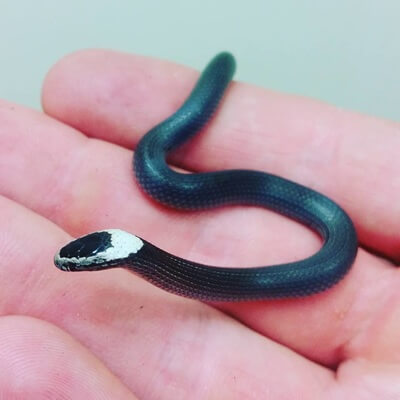 The White Crowned Snake, occasionally encountered by snake catchers on the Sunshine Coast. White-Crowned Snakes are considered weakly venomous. They are one of the smaller snake species found on the Sunshine Coast growing to only 40 cm in length. These guys are relatively common in moist rainforest areas on the Sunny Coast. They are a very secretive species and only active during the night! White-Crowned snakes generally have a dark steely-grey body colour. They have a white or pale ‘crown’ on top of the head with a dark patch in the middle of the top of the head. The band on the nape of the neck is quite thick. 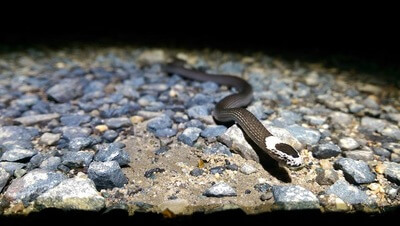 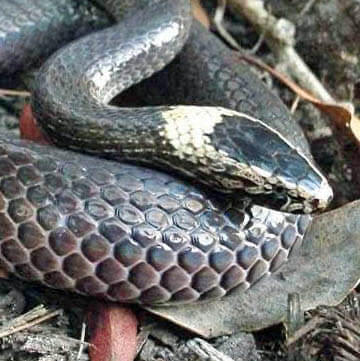