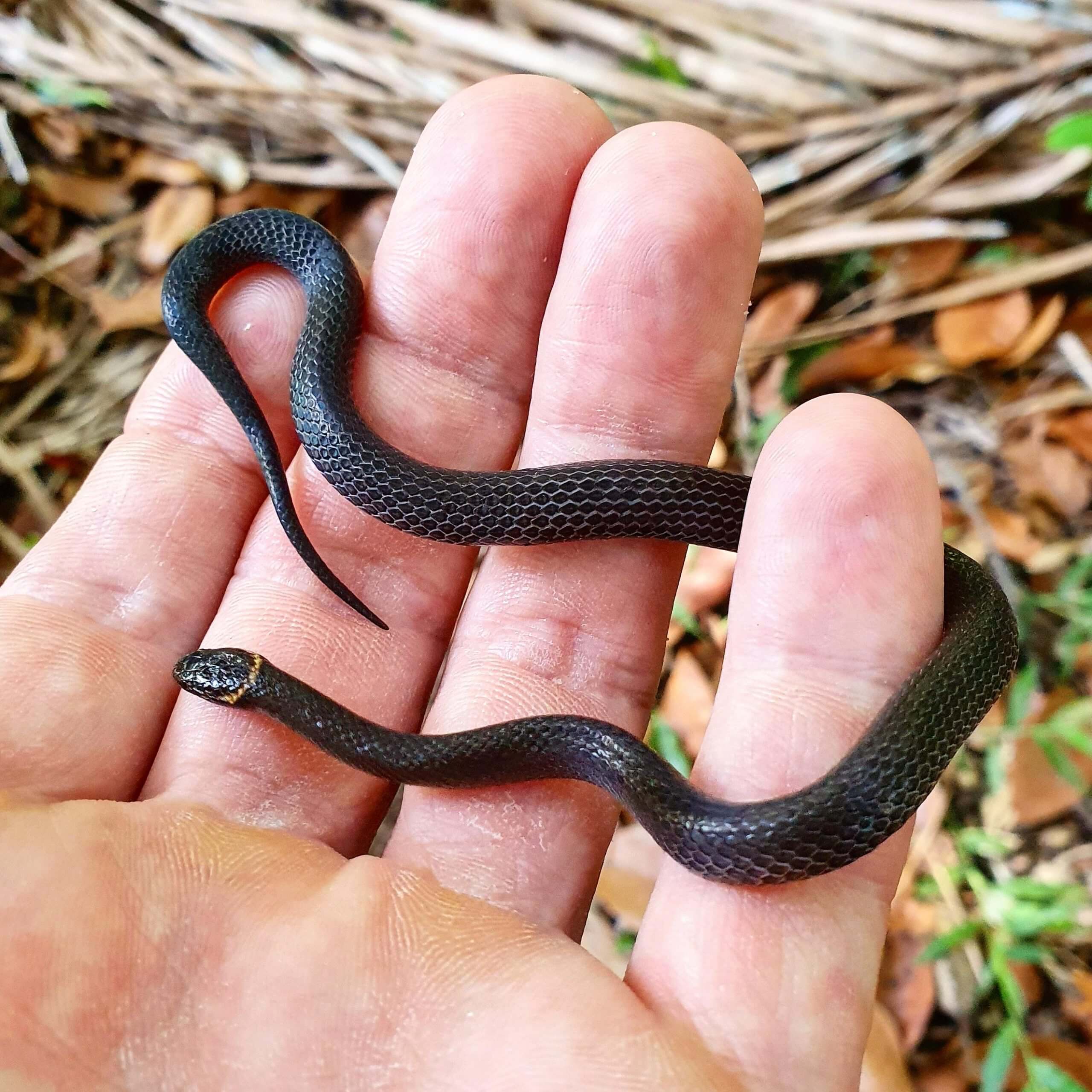 This species is rarely encountered by snake catchers on the Sunshine Coast. They are a very secretive species and are only active during the night. They have very small eyes and as stated above are a very small snake. Body colour is dark grey to black above with a yellow/creamy belly with thin dark bands. They have a creamy/white collar on the nape of their neck which extends forward along sides of head to form ‘crown’. 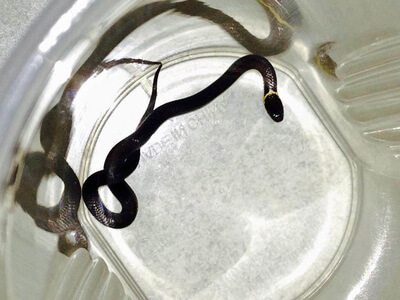